A Night of Tea and South-East Asian Cuisine 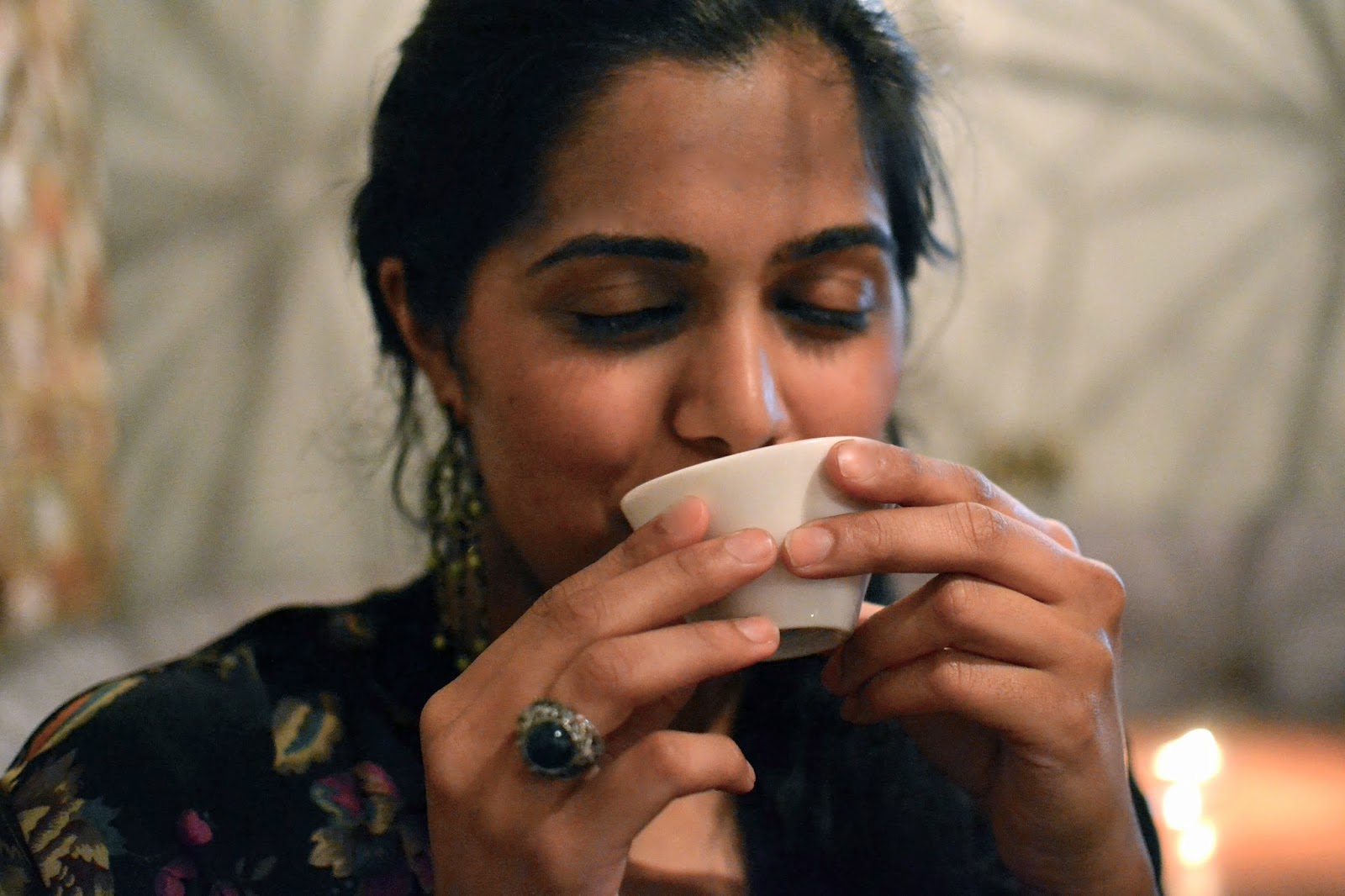 Let me tell you a secret; I love a good cup of tea.

So, when Kyle, the founder and director of Whittington’s Tea Emporium (WTE), invited me to WTE’s second tea-tasting event, I didn’t have to think twice as it ticked all the boxes:

Whittington’s Tea Emporium is the go-to destination for everything related to tea; you can purchase all kinds of luxury and speciality loose teas and teaware. My personal favourite, in terms of teaware, is this ActiviTea borosilicate glass tea tumbler (perfect for tea on the go).

Anyway back to tea tasting! It was held in conjunction with the Noodle House in central London (close to Leicester Square) on 2nd July in the cosy basement at Noodle House. I went with Laura, who I’ve known since school.

This event was part of a series of monthly tea tastings held by WTE and the Noodle House. Each tea tasting event is focused on a specific type of tea; green tea was the focus in last month’s tea tasting, which was also the first WTE event. This one was focused around black tea.

The evening consisted of trying out specific pairings of tea with dishes, all of which had been carefully chosen and selected, and are available on the Noodle House’s menu. I don’t know about you, but prior to the evening, I had never really had tea with food, it was more of a breakfast, post-meal or snacktime beverage. Nor had I ever really given consideration to how tea could enhance the tastes of different dishes and compliment them as well. It really was remarkable.

The evening kickstarted with a wonderfully luscious Jasmine and Peach Iced Tea and we were given edamame beans tossed in sesame oil to munch on. Those were so, so tasty, they were just shouting out “eat-me” (sorry, sorry I had to put that in, Laura and I kept trying to make puns out of edamame!). As for the iced teas, they were so deliciously fruity and perfect for a hot summer’s day.

We explored the different types of black tea throughout the evening. At the beginning of each tasting, we were given a background to each tea, like how and where they grow. A small cup of those tea leaves were passed around for us to feel and smell. Some, like the Lapsang Souchong, smelt as strong as they tasted, whilst others, were much lighter. Kyle also showed us how to tea-taste; smelling the tea, washing the tea around the mouth, finding out the head notes and tail notes of each one. We shared our thoughts on the teas and Kyle would then give us his thoughts.

The second pairing was The Noodle House’s Red Plum accompanied by duck dumplings. What I found really interesting with this combination was that the saltiness of the dumplings was cut through by the fruitiness of the tea, so you were not at all overwhelmed. (It’s called Red Plum due to the redness of the tea).

(If you go to the Noodle House, this tea is called the Single Estate Black Long Jing on the menu).

I quite liked the tea as you can tell!

The third pairing was Lapsang Souchong accompanied by Butter Prawns.

Can I be honest here? Lapsang Sounchong is like marmite in that some people love it and some people hate it. I was in the latter camp, so I was dreading this pairing because of my experience with Lapsang Souchong. Every time that I have ever had it, the smoky and woodiness of the taste has been far too overwhelming. But, I think the problem there lies in that I think it’s quite difficult to brew this tea correctly, because if you overstew it, then that’s when it gets that overwhelming taste.

When Kyle started to talk about this tea, I wondered how on earth could any food be paired with it. But I was so, so wrong.

The smoky aroma of the Lapsang Souchong tea leaves were strong and they stayed on your fingertips.

I was pleasantly surprised to find that the tea was much better than I had expected and the prawns thoroughly complimented the tea,  and took you to the East. Of all the pairings, I thought that this one really worked the best. And, I had definitely been won over to liking Lapsang Souchong!

The fourth pairing was Nilgiri Mountain Frost accompanied by Singapore Noodles (in the cutest cones!)

The second one was a sample from the Parkside Estate in the Nilgiri Hills of India and will be on sale as part of WTE’s own range of teas, which will be launching later this year, so you should definitely keep your eyes open for that.

The last pairing consisted of Black Dragon Pearls and Soto Ayam. I wasn’t too keen on these two as a pairing. Separately, the tea and Soto Ayam were great, but because there was so much going on in the Soto Ayam, I found that the taste of the Black Dragons Pearls was slightly lost, which was a shame. However, in terms of the tea, I liked it because it was strong yet smooth with hints of cocoa, and those hints of cocoa got stronger towards the last sips of the tea, which meant the tea just tasted better and better.

Last but not least was the Chrysantheum and Goji Berry Tea-infused gelato and the cocktails. The cocktail was the Noodle House’s Dragonsmoke. We were told by staff from The Noodle House how they make the smoky rum used in the Dragonsmoke and they brought round a large jar of it that we looked at and smelt; boy oh boy was that some powerful stuff. Laura, who had Dragonsmoke, thought it was quite a manly and strong drink.

As for me, I had the Dr Taja mocktail; made from Oolong tea, lime, ginger and aloe vera, it was refreshingly cool and light, with the taste of the lime really coming through.

The gelato was absolutely sensational and both the chrysantheum and goji berry really came through in the taste, rounding off the evening’s tea tasting perfectly. You should definitely order this when at The Noodle House, it was tea-licious!

As the tea-tasting rounded off, we had a look through a sample of the teaware WTE also sells. WTE is great because the teaware it sells makes loose leaf tea-making so much more practical, easier and far less messy. The glass mug with infuser, for example, makes making loose leaf tea much less of a hassle and more convenient for one person! For those of you from outside England, they even do international shipping, though visit the website for further info!

Views on the event and information about future WTE tea-tasting events:

So, my verdict on the evening? I loved it and both myself and Laura learnt so much about tea and pairing South-East Asian food with the different types of black tea.

Would I go to another WTE tea tasting event? Yes of course! Each month’s event is focused on a specific type of tea, and you can never stop learning about the world of tea.

The tea tasting event is reasonably priced at £15, and is usually held on the first Tuesday of every month (due to the World Cup, the one I attended was held on a Wednesday instead). For more information, and to purchase tickets, go to Eventbrite.

This is great if you want to learn more about tea, whether you’re a beginner or a connoisseur. It would even makes a great present if you know someone who just loves tea!

Disclosure: This is a sponsored post, as I was compensated, however all views are my own.