An active weekend in Tenerife: The Tenerife marathon, half marathon and 8km races 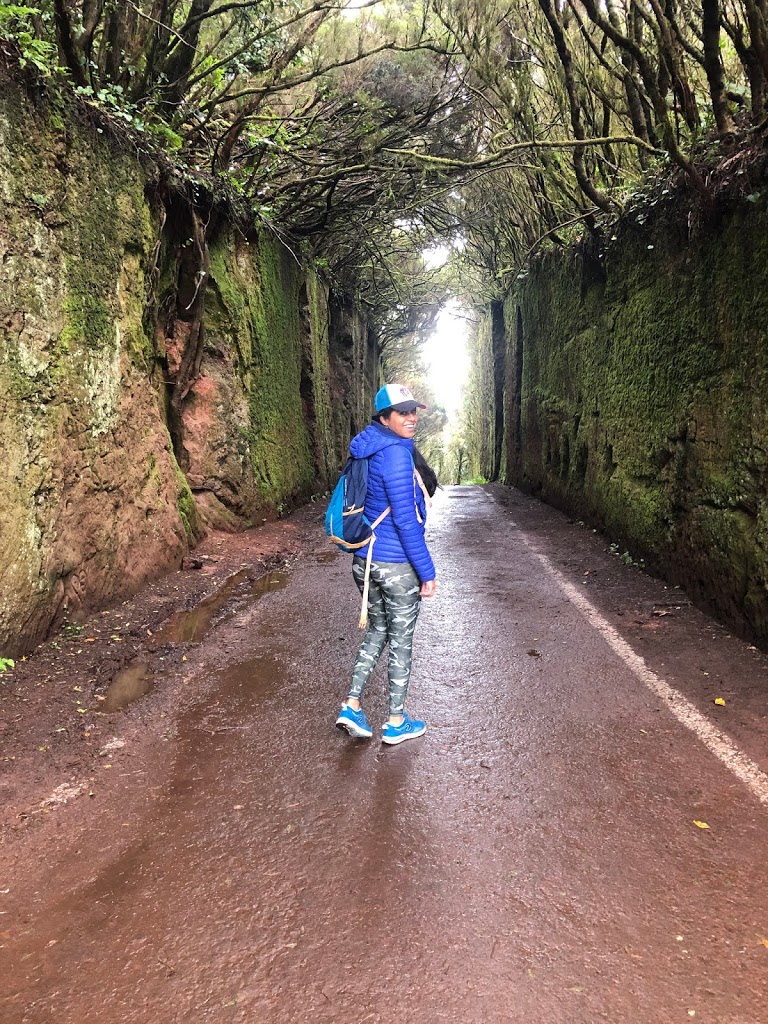 Google ‘winter sun holidays’ or ‘weekend in Tenerife’ and you’ll be forgiven in thinking that the only things to do in Tenerife are the sun, parties and beaches. Sure, these can be fun, but most of the time I’m on holiday, my idea of a fun involves food, exploration and getting a thrill out of having an adventure. A trip to Tenerife in November recently changed my perception of the island and opened my eyes to what you can do there. Come with me, and let’s see what else there is in Tenerife.

Saturday morning started with the Tenerife Marathon race. The event has three distances: 8km, half marathon and full marathon distance all set in Santa Cruz.

The half marathon and full marathon distances appeared to have a fairly small number of participants – probably around 200 for each distance? Those of you with a competitive streak may just love the half or marathon for this. Speaking to those who ran the marathon and half, the courses seemed to be undulating in the first half then flatter in the second half though as they ran onto the promenade by the sea, though windier.

But let’s talk about the 8km. Santa Cruz was fairly warm during the weekend we were there. Perfect when autumn and winter start to combine in the UK and you’re starting to wonder how will you survive the winter.

Santa Cruz is a windy and hilly city. Lots and lots of hills. And the 8km race was that – we weaved our way through undulating roads that gave us a whistle stop tour of the city. The first 2km began with some declines that teased us before the undulation began. I remember the first decline and thinking “weeeee…. here we go” as we then ran into a tunnel – the roads were closed for the race meaning we had the opportunity of running on closed roads.

Having never done a 8km race before, I didn’t know what to expect of this. Would it feel too quick for an overseas event? But actually, I really liked the distance. I know I love running far, but a short weekend trip with an 8km event slotted in is pretty good fun. You’re not waddling like a penguin anywhere after a race, nor are you saving your energy prior to to an event.

I stayed at the Hotel Barcelo Contemporaneo – which was a very popular hotel base for the runners. Pretty much everyone in the hotel on the Friday night before the race was taking part in one of the distances on the Saturday morning. And Saturday morning, 7am waking up to see a whole dining room in the hotel with people dressed in lycra and Garmins gulping down porridge, coffee and water – one of my favourite scenes before an away race. It’s always the same sort of atmosphere and feelings wherever you go.

According to my Garmin and Strava, the 8km was 413 feet. What I would add, is that it wasn’t 8km. The race was well marked and between the 8km and the finishing line was an additional 1km – so really the event was 9km. While that wasn’t the end of the world for me, it does play on the mental strength side of things – when you think you’ve reached the finishing line only to find out there’s a little extra distance left.

At the end of the race, there were tables and tables of water, sparkling water as well as cake, banana slices and the freshest and juiciest of orange slices. Eating those oranges afterwards never tasted so good.

Part two of my weekend in Tenerife will be up next. I can’t wait to show you where we went and the places we explored in Tenerife.

Have you visited Tenerife before? Would you take part in the Tenerife 8km, half or full marathon?

Thanks to the Tenerife Tourism Board for inviting me onto a weekend trip to Tenerife.

Getting it done 👊🏿 It’s so hard to get ou

Feeling strong and good about myself when squats,