Been There, Ran That: My Top London Races 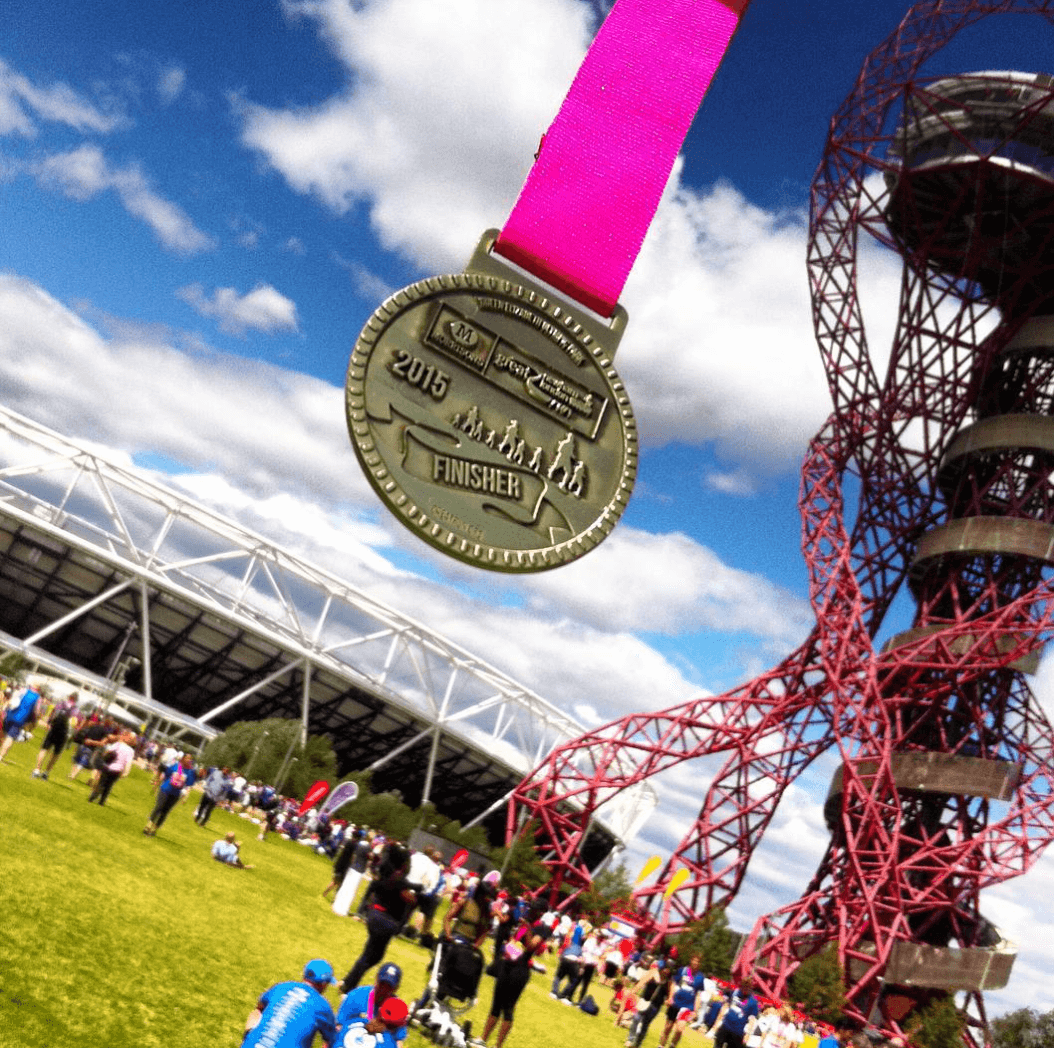 At the beginning of the year, I set myself a few goals. One of them included running ten races. I am so close to accomplishing this after losing my running mojo for a while and then falling ill. I have to find one more race before the end of 2015 and I will have achieved it! I ran races of different distances, so I’ve decided to write about my favourite races.

The 1 mile race is like no other distance. It’s over before you know it and the shortness of the distance means you have no time to ‘warm up’ in the first part of the race. Once you cross the start line, it really is off you go as fast as you can.

There were two 1 milers that I ran: City of London Mile and Westminster Mile.

The Westminster Mile location included Pall Mall and is better for achieving personal bests compared to City of London Mile as there were less bends in the course though it was busier.

2015 was the second year for the event. The only downside was the atrocious way baggage collection was handled. The organisers claim that this will be looked into and next year this shouldn’t happen again. I really hope so as this put a damper on what had been a fun morning.  This year, there were more entry waves and a talk was held a few weeks before to discuss training for a 1 mile. There aren’t many 1 mile races in London, and this is one race that will be booked in my race calendar every year otherwise.

The only 5k I ran was on the weekend of the Hackney Half (from the same organisers). I don’t think there was anything particularly memorable about the run, nor was there anything wrong with it. It was quite a plain-jane event. It was part of the Hackney Half Marathon entry fee, though it was optional.    If you are looking for a well-organised 5km run with large crowds, a flat course and a very large medal to be proud of then I would recommend it. The flat course meant it’s good for achieving personal bests and for new runners too.

Personally for me, I don’t like 5kms; I don’t feel the same rush of enthusiasm that I get with completing 1 mile races or 10k or longer distances. I feel like I’m more inclined towards sprinting or long-distance running. On saying that, one of my new goals is to run 5km in 20 minutes (currently my PB is 23 minutes) and I’m using the first few weeks of marathon training to work on that.   10KM   Choosing my favourite 10k is a tough one. They all had their disadvantages and advantages.    T

he Lee Valley 10k  was where I achieved one of my fastest 10k runs; it was well organised, there was a medal and it was chipped and timed. But, it was a 1 lap course being run several times, with a very uninteresting view(and that’s putting it politely)  and without markers. It was a matter for the runner to work out how many more laps they had to complete. I don’t have a GPS watch (yet) so had to get my phone out every now and again. I could have counted but honestly, I lost count and just wanted to think about other things. I ran a 10 mile race over this course as well and the course bored me so much I found it quite a challenging run. I’ll be avoiding any future race that takes place over this course.

The Greenwich Park 10k was a beautiful course; probably the first time I had been to Greenwich Park in several years. It was tough  and quite hilly, with one particular hill near the finish line being insanely hard. But it was well-organised. Like the Lee Valley event (by the same organiser), the course was a 1 lap run several times, but there were markers throughout, which was what I liked. The park views really made up for the toughness of the hill climbs. If you’re looking to complete your first 10k, Greenwich Park 10k might not be best suited for you, especially if you’re not used to hills. A more experienced runner might prefer the challenging hilly run the course presents.

The Great London 10k was my favourite. Greenwich Park 10k was a great race and I would do it again, but nothing can compete with a race that finishes with running on the tracks in an Olympic Stadium. Running through the same tunnels that the athletes walked through, running on those tracks with a large crowd and seeing your face and name on the screens around the stadium. If I could be a time-traveller, I would travel back and re-run this race again and again.

Hampton Court Palace Half Marathon was the only race I took part in that wasn’t in London proper. I’ll always remember the weather being very wet and very windy, but that didn’t put a damper on the event. Running in the rain is one of my favourite things, especially when you can feel the winds against your cheeks. As a history nerd, with a lot of love for Hampton Court Palace, the moment I had heard about this race I knew that I had to do it. There was no hesitation. I have always loved Hampton Court Palace and I always will.

The race is advertised as being a flat course, but I am pretty sure that there were some parts that were slightly hilly. Parts of the course were made up of long stretches of road and that did bore me a little as I like running routes that throw up plenty of bends. This didn’t put me off the race and I think this is quite a different race to other half marathons because of its ties with Hampton Court Palace. Whether you are looking to run your first or seventh half marathon, this race is ideal for anyone.

Hackney Half Marathon is a popular half marathon for beginner to experienced half marathon runners it seems. I’m not surprised: the course was flat and I achieved a personal best at this event. Compared to Hampton Court, it was a hot summer’s day and it was on a much bigger scale. The crowds were on every part of the course and so much louder. There were points on the course where there was live music. I realise from running other races where there was either no crowd or a very small crowd, how much their presence really does enhance and positively affect your running.

What were your favourite races of this year that you ran and do any of these races interest you? I would love to know your thoughts. Don’t forget to write a comment below or send me a tweet.