Building a movement: Encouraging and celebrating women of all colours in fitness 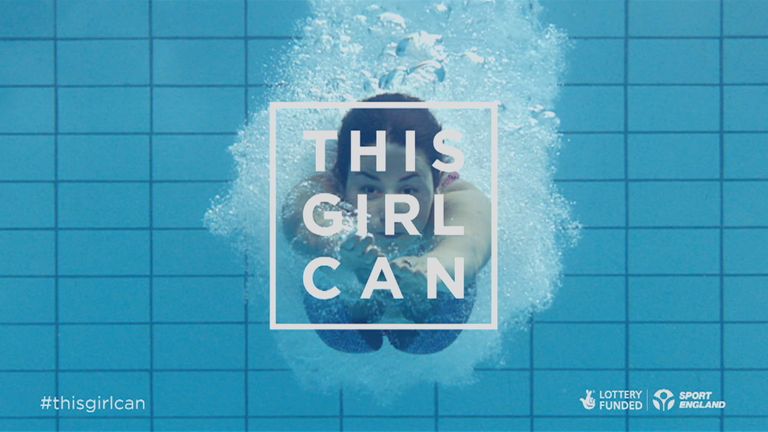 Flicking through fitness magazines. Scrolling through photos of #fitspo and #girlswholift. Looking at adverts related to fitness brands. They all share a common thread.

This year saw the launch of the This Girl Can campaign by Sport England.

To a large extent, what a success it was. The adverts got people talking and more importantly, it got more women – 1.6 million – to start exercising. Wowzer.

My criticism lies in their range of women. Scroll through their campaign photos, and barely are there women of colour. I thought the campaign was a brilliant idea and yes it had positively affected a large number of women. But how many of those women were women of colour? Using my own observations from the races I have took part in this year, I have hardly noticed an increase – at the obstacle course races I participated in, I was either the only brown female or one of a handful of brown females. Do I see more women out running? Yes. Do I see more women of colour running? Not really. Even spinning classes- the ever so important part of the gluten free-dairy free-yoga loving-Lululemon wearing brigade barely have any brownies.

I don’t want to see one-off campaigns with women of colour involved. Yes, it gets people talking, but only a short term. It gets people involved, but only a small number of people. What I want to see is women of colour integrated into mainstream fitness advertisements and sports. I want to see a white woman boxing opposite a brown woman in an advert. It’s not meant to look forced integration, but rather natural. A one-off campaign doesn’t show that a brand genuinely believes in it. What I love about brands like Dove is that their campaigns seem genuine. As if the brand really believes in what they are marketing.

You can read more on my views here.

I want fitness brands, events and magazines to recognise women of all colours, not as an opportunity for a one-off campaign, but rather as an integral part of their regular marketing and readership.

I want more brands to create adverts like this one: Nike released their first advert in India only this year, celebrating the power of sports in women’s lives.

I watched this video and for the first time I thought, wow, Nike has created a campaign that matches the quality of their global campaigns. It hits the nail perfectly and shows women of varying shades of brown participating in sports. What is more fantastic about this video is that it doesn’t focus on beauty directly, but rather strength and power and that any brown woman can do any sport – running, badminton, dancing, cricket, football, boxing. Anything. And that is what is beautiful about the video – oh and did you know most of the women in the video are high level playing athletes? Incredible.

But, linking back to a previous point, I want to see adverts like that in the UK. I want them to really show off a campaign video like this, on the same sort of level as they are giving the new Nike Apple watch or the Nike Metcon 2. But I also want them to do campaigns (note the plural!) like this where they mix up the colours of the female athletes in the videos and campaigns.

Among Asians in particular, there is a massive image problem in sports for women. I myself have experienced it. When people see my tubs of whey, they question why a girl should be taking it. When they hear about my sporting achievements or my current goals, they look at me strangely. There’s some sort of thing in Asian societies, where women aren’t meant to do fierce things.