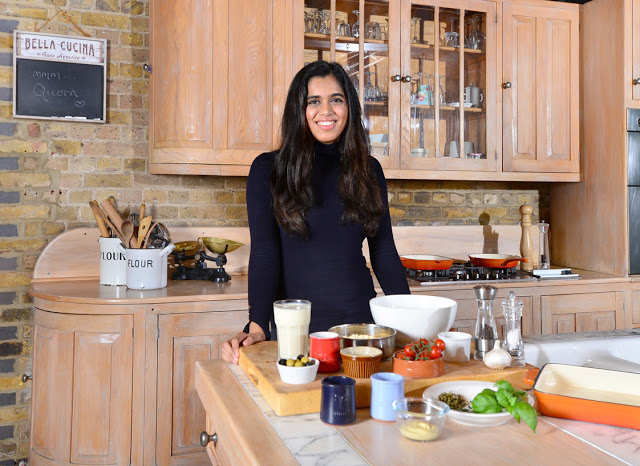 Without any intended innuendo, I must confess my love for meat. Whether it’s a whopping bison burger,oozing with blue cheese, or a simple slab of grilled chicken breast on a bed of sautéed spinach. Put it simply, give me meat on cheat day or any other day and I will love you unconditionally. But, I also go through phases where I can’t look at any meat and will eat mostly plant-based. This is where Quorn has stepped into my life.

Quorn is a wonderful alternative for anyone, whether vegetarian or not, who wants high protein, high fibre and low fat products in their diet. If you’re like me, it’s also a nice way to mix things up, especially for those days when you need high protein  but don’t want to eat poultry or meat. One of the interesting things I learnt was that the main ingredient of Quorn is mycoprotein, which comes from a mushroom. Isn’t it so fascinating that this product comes from the fungi family but looks, tastes and feels like real meat? They have also recently released a vegan-friendly line of products, including vegan burgers.

I’ve eaten meals containing Quorn many a time previously, but cooking not so much. Luckily, I was invited to spend a morning with Quorn and their ambassador, Jessie Pavelka, and learn how to cook a few Quorn dishes, including Quorn Socca Pizza.   The Quorn Socca Pizza was deliciously beautiful. It contains four servings, so if you meal prep on Sundays, that’s four days of lunches sorted. The Quorn website contains this recipe and plenty of other inspirational ideas on what to cook with Quorn.   This was just before the Quorn Socca Pizza was put into the oven.

The finished piece. It was scrumptious.

Just in case his name doesn’t ring a bell, I’ll give you a quick reminder on who is Jessie Pavelka: he’s a fitness expert and has previously starred in The Biggest Loser and Obese: A Year To Save My Life as a personal trainer. Some of my girlfriends were jawdroppingly jealous when they heard about this interview.

Jessie shared some of his fitness tips on various topics:

With the colder days creeping in, winter training can be really hard, especially if doing it outdoors. Fighting that part of you who wants you stay indoors just a little bit longer is difficult. Jessie put it like this: the mind is a muscle and just like any other muscle, it requires training and discipline. The more you train, the easier it will become.

Most people by now will probably be familiar with HIIT. LISS is a lesser known form of training and stands for Low Intensity Steady State. Whilst HIIT can lead you to working up a sweat and pushing yourself in short amounts of time, LISS occurs over a longer period at a steady state. Walking or cycling are just a few examples of LISS.

According to Jessie, LISS is great for those who are new to training and exercising. For those who are more advanced or at an intermediate level, HIIT is better, but he did say that doing too much HIIT training can affect your knees and feet. So, mixing up your training schedule is a good idea, and including a few LISS sessions is equally good for the body.

How to Overcome a Training Plateau?:

The way Jessie answered this shone some new light onto the issue of hitting a training plateau. I’ve been in that situation a few times in the past and I know fighting it can be hard. Don’t see the plateau as a negative, according to Jessie. See it as a gift. It gives you the opportunity to look over your goals and create new ones that will aim to challenge you and push you further. Use music to motivate yourself.

Now for some vital stats if you’re a  Jessie Pavelka fan.

The Vital Stats of Jessie Pavelka:

Jessie’s hot drink of preference: green tea – 2 tea bags in one cup to be precise (loading up on antioxidants)!

Current favourite band (since music is one of his motivators during training): Delta Spirits.

Favourite Quorn dish: Chilli. Well, he is from the South of the US!

On a final note, let me tell you about my most recent Quorn cook-up. If you follow me on Instagram, by now you’ll know that every Sunday it’s Pancake Stack Sunday for me. Recently, I made a stack of protein pancakes stuffed with Quorn sausages, each layer glued with wholegrain mustard, on a bed of sautéed spinach with sesame oil drizzled on top. No words can describe how fantastic these were. You really can make anything with Quorn.

Have you cooked with Quorn before? What’s your favourite dish? I would love to know.

This post was in collaboration with Quorn. All my opinions are honest.