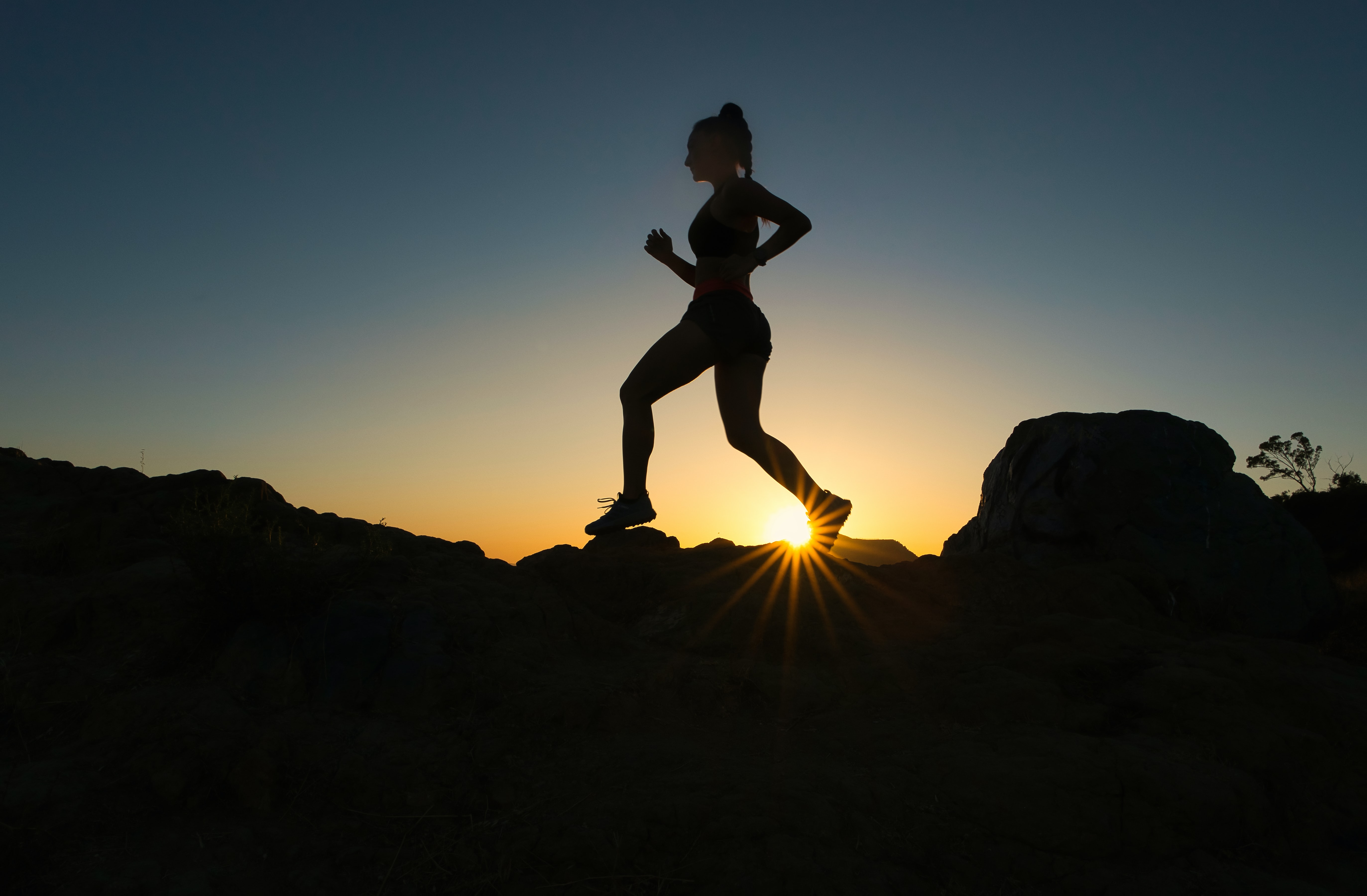 Swim, bike, run; out of all three disciplines, running is one that feels the easiest during the triathlon. I don’t have to think about a wetsuit, whether my goggles will get knocked off by another swimmer,  whether I’m using the correct gearing when cycling up a hill or if I need to pedal or freewheel on a descent. I’ve found that triathletes don’t really talk about running as much as they may talk about swimming or cycling and coming from an ultra-running background, I did wonder what I’d learn about running during Ironman training, so here goes.

After that, I rarely run on a treadmill unless I’m doing a HIIT workout where the treadmill runs are sprints.   During Ironman training, I didn’t think I’d use the treadmill much, but I’ve come to accept it as a necessary part. There have been times when it’s been so cold, I’ve had to do my ‘long runs’ (which isn’t even that long) on a treadmill because my Raynaud’s had flared up and the pain was unbearable in my hands. The current snowy, Siberian weather isn’t helping much and I’ve had to do some of my tempo runs on a treadmill.

What I would say is if you are running on a treadmill is to set the gradient to at least 2%. For me, as the Bolton running course for Ironman UK is hilly, I usually have the gradient varying from 3% to 9% during any treadmill run.

2. Zone 2 running There are five training zones, which allow you to run or cycle at certain paces. Each zone has a specific aim. For example, zone 1 involves you running or cycling at a very slow pace – like a jog – and is used for times like a recovery part of a training session. These training zones are specific to you and are based on your heart rate. Your training zones for cycling and running are different so don’t make the same mistake as I initially did. You’ll complete a running test to determine your heart rate zones for running and you’ll complete either a 20 or 60 minute evil test, called the FTP test, which will help to determine your training zones for cycling.

Zone 2 is a moderately slow speed, for which its purpose is to build up on your endurance capabilities, which you need for long distance running. After swimming 3.86km and cycling 180km, you need to learn to endure the pain of running a marathon at the end of an Ironman!

I often wondered why triathletes don’t really talk about running or if they do, why they don’t talk about it in the same loving way as they do with swimming or cycling. But my introduction to running in zone 2 cleared that up. It is horribly boring. What’s worse is when you are out running at a zone 2 pace, and a whole lot of runners whizz past you and you want run at their pace. But you can’t. Because you have to do it in zone 2. It’s vicious. But it is tough love at its best and will (fingers crossed) help me to run the marathon distance in the Ironman at the pace I’m aiming for.

My coach is well aware how much I have struggled with running in zone 2. I feel so liberated when I have a tempo run on the cards and I have to run it above zone 3. Cue the mini fist pumps.

My cycling distances have ramped up and my longest bike-run brick session to date has been an 90km bike ride followed by a 40 minutes run. I loved it.  In the first 5-10 minutes of the run, there was a throbbing sensation in my quads, but it soon went away and I felt very comfortable running.

5. Triathletes don’t really talk about running…. Deborah and Richard may talk about those 5am swim intervals and the 367 km bike rides they do for fun during their triathlon training, but thy will hardly talk about the running. I think it was the zone 2…