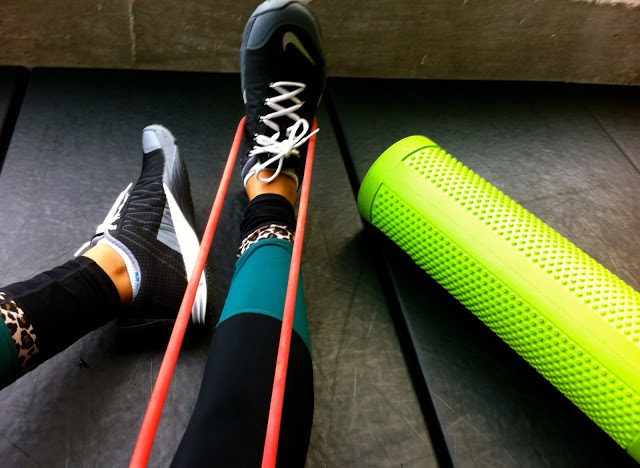 One of the biggest terms I’ve seen floating around the web the past two years is gymtimidation – feeling intimidated in the gym. I think most of us have suffered this at some point during out fitness journeys. I thought I would share with you some of my own stories and how I overcame it.

I remember when I first joined Gymbox (my current gym) a few years, I felt so intimidated by the strength and fitness levels that all the members seemed to possess. The place felt so huge and I was just a small person in a big place. I felt a little terrified and overwhelmed. It was a place where I felt like I didn’t fit in. Not long after did I stop my membership.

Then I joined a much smaller gym. Much of where I am today I owe it to the gym. There I learnt about the world of supplements, basic exercises and ways to spice them up (weighted planks for example). At first, going to the gym regularly was really hard. It was only over time that I managed to build up the discipline to go. From there it led to where I am now. It’s second nature. Now a day without training feels so strange. Even rest days feel so bizarre. If you’re struggling to build up that discipline, don’t worry, it does take time. Doing things like packing your gym bag the night before really does help.

But then I increasingly began to feel quite disenchanted with that gym. It started with the classes. After a while, they became really boring and monotonous and I stopped feeling challenged. Then, when I became more interested in weight training, I found it really fascinating how no woman ever went into the weight area. It was always full of men. When they had woman’s hour, that was the only time the weight zone was empty. It was something that didn’t make sense to me. One day I asked an instructor to show me how to do a bench press. Instead of being happy to show it to me, he only did so reluctantly, asking why I wanted to know since it was something women shouldn’t do. It was the strangest moment. It actually made me more fascinated with weight training. In many ways I do have a “if men can do it, so can I” approach to exercise and with that approach it led me to doing more weight training. After all, if men can do it, so can I.

After a while I began to feel that I was outgrowing that gym. It began to feel smaller and the lack of equipment like medicine balls and resistance bands added to my unhappiness because there were so many exercises I wanted to do but didn’t have the equipment. I also noticed that people would often stare at me during my training sessions, particularly as I did some really different workouts, like backward running on a treadmill, compared to the others. Being stared at, whether its because you’re not doing an exercise properly, or because your training session is a little out of the ordinary, does feel intimidating. It can leave you with a feeling that you don’t want to go to the gym again.

Now I’ve been with Gymbox since March this year and I can tell you I have never felt so happy and comfortable. It’s weird to think that a few years ago the place terrified me, but now it is my second home. Being instructed to do 50 diamond push-ups or a dead hang from the bar on a Friday night at Gymbox feels just right. This is the bar where I look forward to going. The gym area is large and yes there are plenty of beastly looking men pumping iron, but there are also plenty of instructors and personal trainers who are well and truly happy to assist you and show you a bench press, regardless of gender. In fact you see a really great mix of both genders (and body shapes) pumping iron. This is a place where everyone wants to be. It’s a place where everyone shares a common interest: fitness and pushing yourself.

I would like to think that gymtimidation doesn’t exist at Gymbox. Actually, let me rephrase that. If you aren’t used to a high-octane gym life, a place like Gymbox may feel gymtimidating the first few occasions. I know it isn’t a place for everyone but what you need to do is give it a chance. Ease yourself into that way of gym life. It’s the same for any other gym. Go twice a week for about a month. Then progress yourself to a number that suits you and you may just find yourself falling in love (with the gym, though finding love there is an option, wink wink).

Below are some of my tips on how to overcome gymtimidation:

Get pally with the personal trainers and class instructors. Knowing the people who work at the training studio equally adds some comfort because you can recognise a friendly face, and so you feel less alone.

If you go to a class on a regular basis,  the instructor will most likely know you and your name. This means you’re not just a random person attending their class but a person they recognise. They’ll be aware of your strengths, weaknesses (mine are agility ladder drills – I struggle with them so much) and also your progress.

Go to a class regularly because it will also help you to track your own progress. Maybe the first time you attended a class you couldn’t do a push-up but after the seventh class, you have managed to do 3. This in a way helps to overcome gymtimidation because you have something else to focus on: your own goals.

Play that funky music. Music is one of my motivators. Once my headphones are on, I am in my own little world. Whilst I can see others in their training sessions, the songs and the beat of the music is enough to make me forget them. Find music that keeps you going and use that to help you forget about others. I’ve previously posted some of my favourite playlists: here, here and here.