The One About Monkey Nutrition’s Therma-Rip 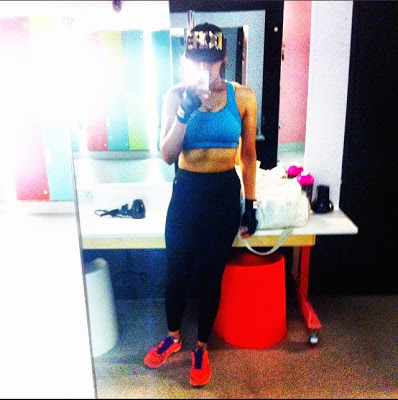 Someone call the fire department, because this fat is on fire!

That’s right, I’ve been on a roll the past two months as my body fat percentage has decreased, and there are a few things I can say thanks to.

Therma-Rip is a fat-burner. They call it an ‘extreme fat-burner’, but that’s a little bit of an exaggeration. Taken twice a day, it comes in the form of tablets; large, chunky tablets that is.

There are a lot of mixed feeling about fat-burners. Some say that they don’t work, or if they do, they only contribute to a small amount of fat loss. For me, I think it depends on the brand, and look, whether it does contribute to fat loss by a small amount, that’s still good. Every inch counts! There are some fat burners out there on the market that are a complete waste of money (I’m looking at you Thermobol). If you take a fat burner, like Therma-Rip, you have to be aware that this isn’t a magical pill where you take them and say wham-bham, thank you ma’am and the fat has disappeared (oh if only).

I admit that I don’t know the whole science around fat-burners, but I do think they can be a good way to help you when you’ve hit the plateau or you need a little boost.

As with any dietary supp, you take Therma-Rip along with exercising and eating healthily. With that in mind, when I started to take Therma-Rip, there were a few permanent tweaks I made to my lifestyle. Eating-wise, I have been eating cleaner and more colourful foods. I love the weekend, because this is when I really have the time to whip up a colourful, clean and deelish breakfast. The weekdays are more about porridge variants; I love overnight mocha proats, matcha porridge or porridge with coconut and banana.

I’ve also been meal-prepping my lunches for work. This is one of two major changes I’ve made. On the one hand I love meal-prepping because it just makes the mornings so much easier. But then, I really don’t like it because trying to come up with lunch ideas is a little tough. I think I’ll come around this soon though, because by meal-prepping, I know exactly what I’ve been eating throughout the day.

Another major change has been drinking more water. Before taking Therma-Rip,  I drank about 2 – 2.5 litres a day. Now this has been increased to about 3.4 litres. Using a bottle, like the Umoro One (featured in the first photo), comes in handy because it has storage for protein powder, is a friendly size to carry round the day, but also can be used in the gym. Using the Umoro, I know exactly how much water I’m drinking.

Initially, drinking more water was hard, but I’ve found ways to work around this. When taking the Therma-Rip tablets, for example, I drink half from the Umoro, which is about 250 ml each time. I’d recommend doing this anyway, because taking a Therma-Rip tablet with a small amount of water isn’t good – it wedges in the back of your throat and that’s not a great feeling; so follow my advice on that!

By drinking more water, my skin has also massively improved. Under my eyes, it is no longer grey, and acne clears up so quickly! Oh, and did I mention, it also seems to be suppressing my appetite? Which means I’m eating less.

Eating less, means that I’m also more focused on eating right. I have had days when that’s all gone down the drain, but hey, days like that happen to most of us. And let’s face it girls, when Aunt Flo’s in town, you just want dark chocolate more than ever (supposedly due to the decrease in magnesium).

And of course, working out is a big part of what I’ve been doing. For five weeks, I had a session per week with a personal trainer from GymBox, whose sessions practically slaughtered me. I officially now have a love-hate relationship with sandbags and wall ball! Just like GymBox’s motto, I walked into the gym, but left crawling…

What I did find was that Therma-Rip does bring to truth ‘sweat like a pig.’ Workouts when using Therma-Rip have most often left me sweaty, sorry, I mean sparkling and glowing. But you know what, that doesn’t matter to me, nor should it matter to you. If you’re working out hard, and putting all that effort into it, the results are going to come through and you are going to be so proud of your achievement. A good workout, whether on or off Therma-Rip, shouldn’t leave you looking exactly the same from when you started it. After all, that motivational quote, ‘sweat like a pig’ ends with ‘to look like a fox.’

My body weight has not changed much in terms of scales. What is more important is that my body fat percentage has decreased, and is continuing to decrease. I’m  continuing to wow myself at the results I’m getting. I don’t have a six-pack (yet), but I’m getting there. (Sports bra /crop top from Moving Comfort)

Have you tried Monkey Nutrition’s Therma-Rip, or even any other fat burner, before? What did you think of it?

Disclaimer: Monkey Nutrition provided me with Therma -Rip. However, all opinions are honest and all mine.