What a girl wants, what a girl needs (Part I): Trainers and finding The One 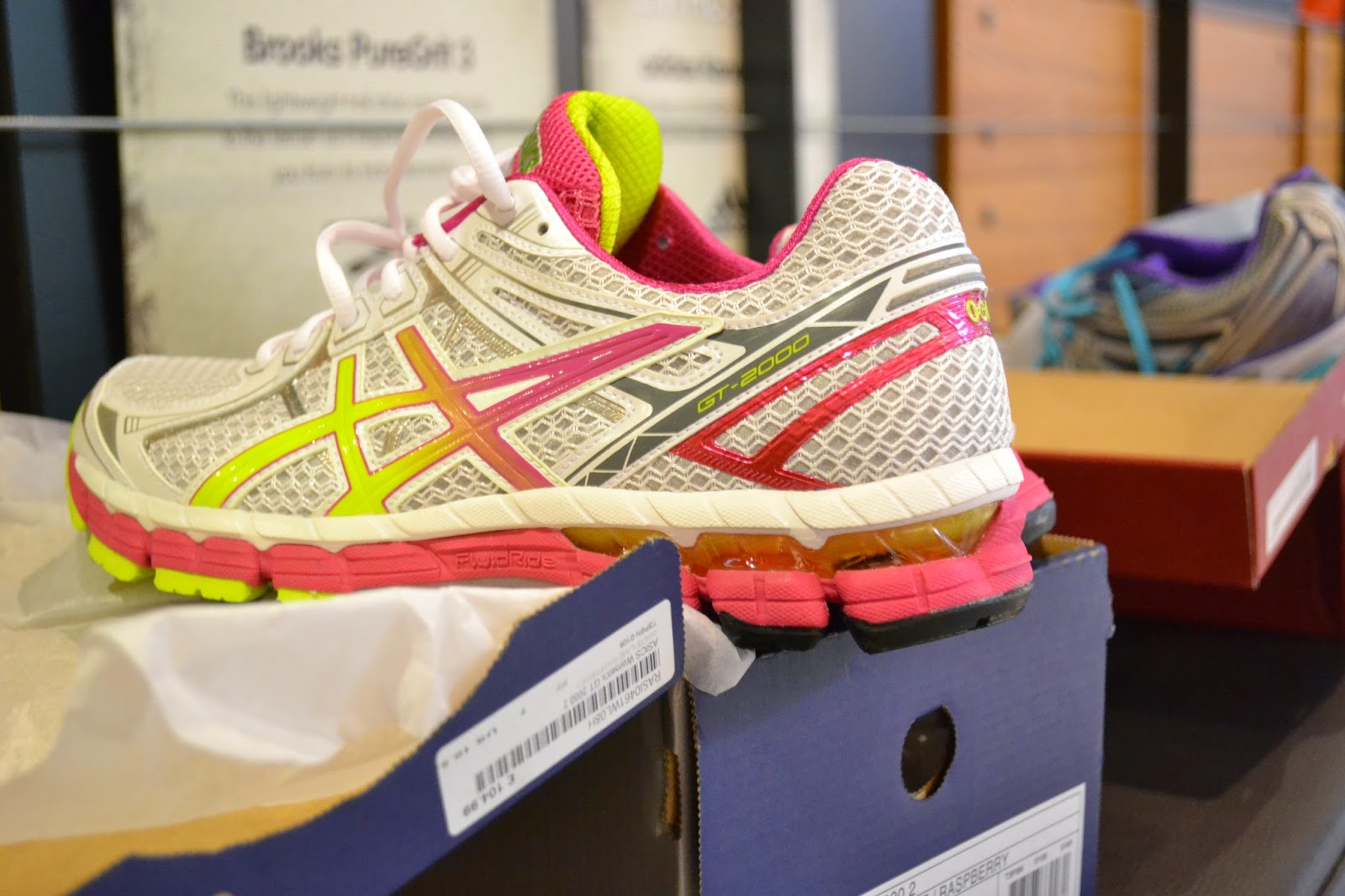 When it comes to sartorial choices, there are a few items that automatically are classed as investment pieces and must-buys. It’s what a girl wants, what a girl needs.

Exercising, whether it is running, going to the gym or spinning, is the same. There are two items that are classed as investment pieces. But, despite being items which every girl needs, not every girl wants. Can you guess which two items they are?

In a two part series, I am going to be talking about the two most important items every girl -every woman- should have in their sports bag. This week is trainers and there will be a special post about the sports bra, for which I have teamed up with Shock Absorber.

I decided to create these two posts, because after numerous runs and gym sessions, I noticed there were a lot of women who weren’t wearing these, and the more I read about fitness-related things, the more I became aware about how many of us just aren’t aware of how important a sports bra and a good pair of trainers are.

For running, wearing the correct pair of trainers is so important because they can help prevent running injuries, especially if you are running regularly, and can help increase your running speed.

I feel that I have to tell you my own personal experience, which has made me fully understand the importance of wearing the correct trainers, because I don’t want any of you to go through the same as me!

I’ve been running for just over a year (wow, time has flown) but only up until recently was I not wearing the right sort of trainers. There were so many reasons for this. I couldn’t make my mind up about which ones I liked. Did I really want a new pair? But, one of the biggest reasons was because I wasn’t sure whether running was just a crazy, new obsession I was going through and if so, wouldn’t buying a new pair of trainers be a complete waste of money?

I can tell you now, that those months of questioning was a bad, bad idea. As I increased my weekly running mileage and changed my running routes to include hills (ah, the dreaded hills!), the more I began to get the most annoying, nagging pains in my legs, especially my left leg, that would come and go. I wouldn’t get a good night’s sleep on a regular basis, especially after a long run, because I would often wake up in the middle of the night with another nagging pain in my legs.

Arnica cream has been my saviour.

At that moment, I realised that yes, running is something I am serious about and yes I need to invest in a pair of correct trainers.

I went to Sweatshop for gait analysis. This is where you complete a few tests to analyse your running style, involving the treadmill, which in turn determines what type of trainers you should be wearing. There are three types of running gaits; underpronation, neutral and over pronation. In short, it’s all about how your feet roll when you run.

I found out that I am an over-pronate and that a large number of us runners over pronate.

I really do recommend going to a running specialist shop for gait analysis, most of them do it for free as well. My favourites are Sweatshop and Runner’s Need. As you know, I’m against buying Nike trainers for running, but, if you really, really insist on buying only Nike, they do offer gait analysis in a super cool party type atmosphere at their flagship Oxford Street store and their Covent Garden running-specific branch.

My injuries and pains I had seemed to be typical symptoms of overpronation: pain in the back of my ankles and pain from my hip all down the side of outer leg to my last two toes….

If you have any of those pains, I strongly recommend having gait analysis. You might need a new pair of trainers!

I went with an idea of the kind of trainers I wanted. “No white trainers and nothing chunky” I told Charlotte, the running specialist who helped me. I tried on countless trainers; some were white, some were too chunky, some felt too heavy whilst running, others felt a little odd in terms of the fitting. It was like speed dating but with trainers instead of boys. Who would be The One?

I’ve got to add that with trainers, you usually buy them in a size up to your normal size. I’m a UK size 8 , which meant for trainers I am 8.5 or 9. You should have seen my horrified face when Charlotte told me that. Just as soon as I thought I found The One, it emerged Sweatshop didn’t stock any trainers in my size.

Not a single pair of trainers. I really don’t understand why, because there a plenty of women whose casual-shoe size is 8, meaning their trainers size is 8.5 or 9. Sweatshop’s customer service can’t be at fault at all. Charlotte called all the London branches and spent the next few days contacting other UK branches and head office to see if somewhere would stock my size. None did. I was so disappointed.

I was served by the most patient and knowledgeable person I’ve ever come across at Runner’s Need on Strype Street (close to Spitalfields Market). He explained to me all the different types of trainers, which athletes wear which trainers and which brands sponsor which countries for sporting games (not that mattered, but it’s good to learn a little general knowledge). The whole gait analysis process to choosing a pair of trainers has,  I think, helped me to connect with my running-obsessed alter ego as I learnt a lot about the way I run and why I have been running that way.

Like Charlotte,  Mr-Running Specialist at Runner’s Need helped me to try on a humongous selection of trainers. Again, I told him no white trainers and nothing chunky. I think he found that quite amusing!

Runner’s Need are much more size 8.5 friendly than Sweatshop. With them I was able to find The One.

I am absolutely in love with my pair of not-white-&-not-chunky trainers; my Mizuno Wave Inspire 10s. The Japanese athletes wear Mizunos, apparently.

Mizuno have created my perfect pair of trainers, having balanced design and function well without hindering either.

The small inclusion of the name of the trainer model placed at the back of the foot:

The chosen colours, blue and pink, work well together, whilst the black and blue print around the foot and front of the trainers really help to make the trainers stand out with a sartorial touch. The base of the sole of trainers contain the waves, which help to create the bounce but also help to stabilise the feet.

They are so incredibly comfortable and light. My laces have never come undone. With every step I take, I can literally feel a bounce in my step; at first, it was a really strange feeling, but now having grown used to it, I can’t get enough of the feeling. Most importantly, when I run, I no longer have any pains in my legs or ankles. For the longer distances, the cushioning adds to the comfort.

Running has never felt so good, stable and smooth.

This is going to be one long and happy relationship.

Are you a fan of Mizunos? Have you had the gait analysis before, did it help you?

Week 2 of @brightonmarathonweekend and today was 1

Week one of @brightonmarathonweekend training has

With a lot of people starting a new training progr

Decided to use my year goal on @strava as motivati

Hands up if you’re struggling at the moment 🙋

The @brooksrunninguk Run Happy team had our Christ

First time wearing a vest and shorts at a freezing