The Travel Diaries: A Long Weekend In Hamburg 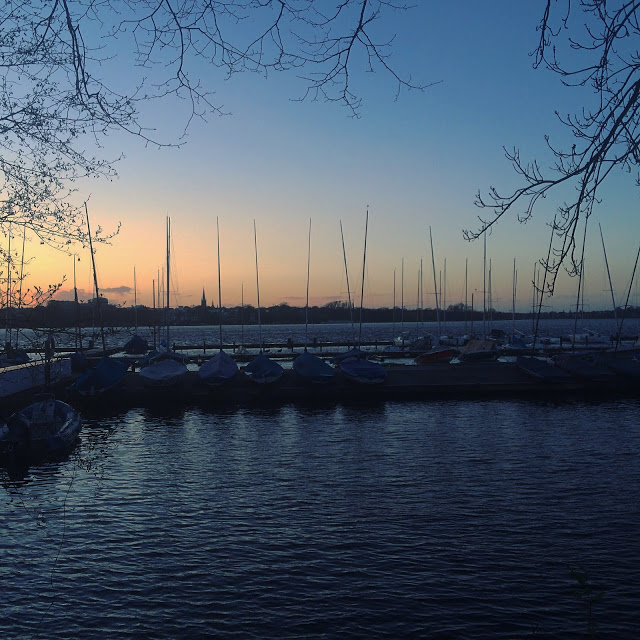 Just in case you haven’t heard- though that’s pretty much impossible- I was in Hamburg for a long weekend for the Hamburg Marathon, as a solo traveller. A lot of people seem to be daunted by travelling alone, but it’s a liberating experience. I might write a post on why I liked solo travelling, but for now, let me tell you all about Hamburg. I fell in love with this city and I hope you do too.

During my holiday (non-runners have debated with me as to whether running a marathon abroad is a holiday, ha ha!), my home was Hotel Wedina. For a room just for me or a couple, the size was perfect. The photo below doesn’t do any justice on how big the room was. The night before the marathon, I had created a large floordrobe of fit kit and preparations for my race day bag.

When I’m on holiday, I am a huge advocate of getting around by foot rather than public transport, if you can. I don’t do it for the fitness benefits – though that is a bonus- but rather because you can absorb the city in a way that that hopping in a taxi or catching a train can’t. You can discover hidden gems that a tourist guide won’t pick up.

Hamburg is a small city and walking around everywhere was relatively easy. Unlike New York, the roads aren’t long  so there is no endless walking. Similar to Paris, there are u-bahn stations scattered all over the city, so if you do get lost, you will easily come across a train station. All you need, is a city map and you are good to go.

All this talking of walking, reminds me of the Alster.  Hamburg is a city on the water. There are two lakes within Hamburg; the Aussen Alster and the Binnenalster. Aussen Alster is the larger lake, and had some of the most beautiful views I’ve seen in an urban setting. Runners, photographers, walkers, couples and tourists are found here. I walked around Aussen Alster on the evening I had completed the marathon. Seeing the lake transform as the sun began to set was so lovely.    There are boat tours you can take, and surprisingly, many Hamburgers (the locals, not the food) recommended I go on one. I didn’t have time but when I next go to Hamburg, I definitely will. It’s a city that is meant to be seen at it’s best on the water.

For those who love flowers and parks, this one is for you. The flowers in the park are beautifully organised and there is even a rose garden. It was raining when I went, but even then I could feel the sheer beauty of this urban garden. Colour was everywhere.

I’m probably not the only person who feels this way about Speicherstadt, but it was my favourite area of Hamburg. It’s the largest warehouse district in the world, but don’t let that put you off. Part of the reason I never had time to go on a boat tour on the Alster was because I spent over half a day here. 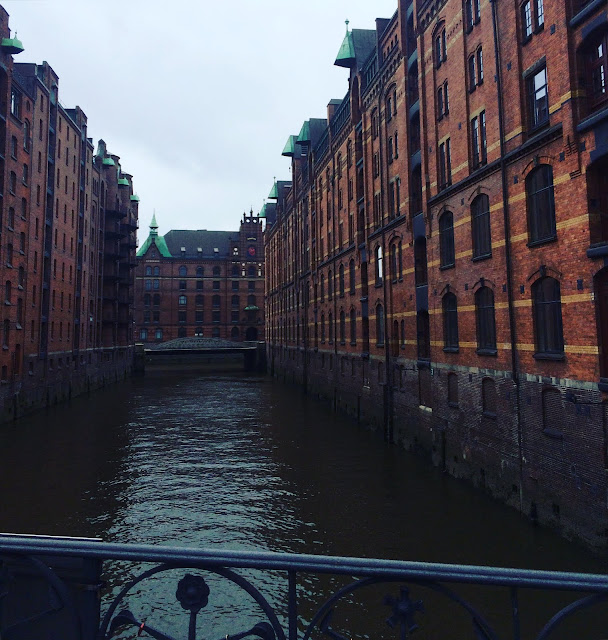 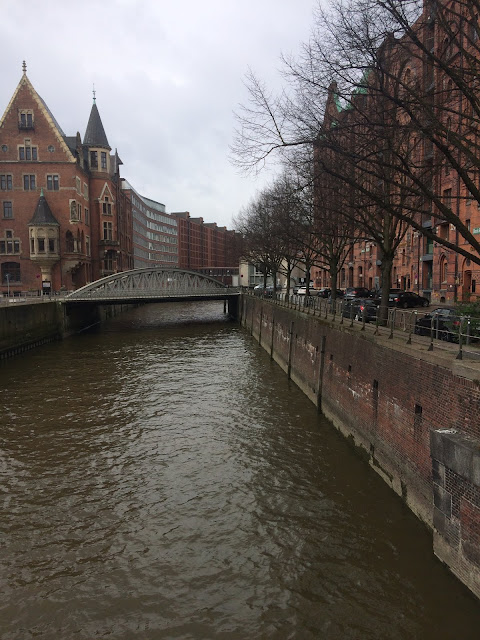 From the cobbled streets to the bridges and architecture, this area is inexplicably attractive. There is so much history in Speicherstadt, which is what drew me to it. It has even been declared a world heritage site by UNESCO. I have hundreds of photos of the district, with the uniformity of the buildings, the bridges and the Elbe flowing around it.

The district stores a variety of items, like cocoa, tea, coffee and the world’s largest collection of oriental carpets; when you are walking around the district, you will see a lot of business signs for oriental carpets. With all this history, the area is abundant in museums.

Similar to the restaurant, Dans Le Noir, the museum Dialog Im Dunkeln takes you through the experience of being blind. There are opportunities to eat brunch or dinner blind, but the photos I saw of that experience didn’t look anywhere as good as Dans Le Noir.   The most famous museum in Speicherstadt is Miniatur Wunderland: the world’s largest model railway exhibition.    Useful tip: Book in advance as there can be a 3 hour wait for entry, even if you arrive early at Miniatur Wunderland.

The painstaking detail used is incredible.There are scenes where houses are  on fire and the fire engines are driving to the fire, airplanes taking off and landing in the model airport and, apparently, Superman exists. Look closely in the photo below!

Further walks in Speicherstadt, and not only will you come across many a bridge, but also churches, the ubiquitous lovers’ locks firmly secured across bridges and antique-style doors ushering you in…..

Hamburg is full of foodie spots, but unlike London or New York, you really have to dig deep to find them.

Useful tip: Many of the locations’ menus are in English and very few places accept card payment so bring a mixture of cash and card. Breakfast or Coffee: Nord Coast Coffee Roastery on Deichstraße (close to Speicherstadt).   Whether you want eggs, waffles or avocado, this spot is a perfect choice. Every German I conversed with, spoke highly of Nord Coast and I can see why. I came here the day after the marathon and I was drooling over the dishes that were being prepared. Nord Coast does have an upstairs section, but I confess my legs didn’t feel like they could handle stairs so I can’t talk about the upstairs interior. The ground floor was spacious, light  and airy with the aromatic scents of coffee floating around. Coffee lovers will rejoice at the barista’s coffee beans knowledge and the different brewing methods on offer.     Useful tip: If Nord Coast isn’t quite for you, Deichstraße is a short road brimming with other foodie spots. Another of my favourites was Ti Breizh, a Bretonian creperie making the most delicious galettes and crepes.

If there are two things you eat in Hamburg, they are the fischbrotchen and the franzbrotchen. Franzbrotchen is a cinnamon pastry, that looks like two Danish pastries stuck together. Wake up early, when the bakeries have brought out the fresh pastries, and snuggle up with a black coffee and franzbrotchen, on a bench by the Binnenalster, and do a spot of people-watching.      The fischbrotchen is a small baguette filled with pickled fish, lettuce and raw onions. When it comes to fish, I am really picky as I don’t like fish that tastes too fishy (does that make sense?). It really doesn’t look anything remarkable but I promise it does taste much better than it looks.

Useful tip: Go to Landungsbruken, where you will find plenty of stands selling fischbrotchen.

And with that, I leave you with my favourite poem by Reinhold Beckmann:

Hamburg, that’s my city.
Having found myself here.
I never want to leave.
Best of all are whole days spent on the Alster, the most beautiful puddle in the world.